Isaiah Harvey scored 13 points and dished out five assists as the V.I. Jaguars defeated the Glenbrook Small Fry Basketball Team, 59-31, to win the Consolation Championship at the 45th Annual International Small Fry Tournament in Orlando, Florida. The tournament is the year's biggest Small Fry tournament in the United States. Teams from across the world competed at the ESPN Wide World of Sports Complex at Walt Disney World Resort.

Founded in 1968, International Small Fry Basketball provides development for shorter boys and girls, while promoting athletic talent and sportsmanship. Players must be no taller than 5-foot-1.

Collins Joseph Jr. scored 10 points and pulled in eight rebounds for the Jaguars, followed by Ky'Ode Walters with another 10 points, including going 2 for 3 from beyond the 3-point arc. LeQuan George had 11 rebounds and six steals.

The Jaguars finished the International Small Fry Tournament with a 4-1 record. The consolation championship is an improvement from last year in this tournament for the Jaguars when they finished third in their pool. The team was founded last year by head coach Fred Kopko and others. Coach Kopko was also given the tournament's Sportsmanship Award.

Daunte McFarlande scored 13 points with five rebounds and five steals as he led the St. Croix A team past Julius Sprauve School, 47-39, on Friday night in the Paradise Showdown youth basketball tournament.

St. Croix used a 12-5 second quarter to take a 28-17 lead at halftime. Zedy'kaya Lake was second on St.Croix with nine points, followed by Ronald Schjang Jr. with seven points and eight rebounds.

The Jaguars advanced to the consolation championship after defeating Guaynabo GBA on Wednesday afternoon, 40-30. The Jaguars rallied from seven points down late in the game with help on defense from Jourdyn Rawlins and Dwayne Lynch.

Harvey again led the team in scoring with 18 points, 11 coming in the fourth quarter. Joseph added 13 points and five steals.

Harvey led the Jaguars with nine points and six assists, followed by Joseph with eight points and four steals, George with two points and 11 rebounds, and Ky'Ode Walters with six points.

The Jaguars were able to pull out a win in their second game Tuesday as Jahjadey Hodge made a jump shot with seven seconds left to lift the Jaguars over the Robert Taylor Panthers, 54-53.

Joseph led the Jaguars with 18 points and eight rebounds. George added 10 points and six rebounds, while Harvey had nine points and five assists.

Chicago native Fred Kopko believes the Virgin Islands should have about five athletes getting NCAA Division I basketball scholarships each year. Kopko, a business consultant and lawyer who Lives on St. Thomas, knows a thing about Division I talent. His son, Tom Kopko, played for the University of Notre Dame from 2007 to 2011. Fred Kopko, 57, coached AAU basketball in Chicago - one of the hottest recruiting beds in the country. His Chicago Jaguars twice finished as national runners-up at the U-I7 national tournament and never lost to a rival learn led by Chicago Bull and NBA All-Star Derrick Rose.

Kopko sees Small Fry basketball as an initial step in getting more Virgin Islands basketball players to the top collegiate level. Founded in 1968, International Small Fry Basketball provides development for shorter boys and girls. Kopko will coach the Virgin Islands Jaguars, a team he started in late 2011, today through Sunday at a Small Fry Tournament in Puerto Rico.

"We'll put about 50 kids in the Division I level out of Chicago every year," Kopko said. "I think you gotta start young, and this is a great organization" The team of 12 boys from ages 9 to 13 will use the four-game tournament as a tune-up for the 45th International Small Fry Tournament in Orlando, Fla, in April. The year's biggest tournament hosts teams from across the world at the ESPN Wide World of Sports Complex at Walt Disney World Resort.

Small Fry is most popular in Chicago, Wisconsin and along the east coast of the U.S., but Puerto Rico is fielding some of the best competition lately, Kopko said. "It's a serious Small Fry area up there," he said. "They've been dominating Small Fry as of late, so I figured I' d put them in the pressure cooker."

The Jaguars have to be 5-foot-1 or shorter by the Orlando tournament's measurement date of Jan. 23. Players are ineligible if 13 years of age before Sept. 1, 2012. This will be the Jaguars' first Small Fry experience in Puerto Rico. The program first competed at the Orlando tournament last year. The team placed third in its pool with wins over teams from Chicago and Puerto Rico.

Kopko became involved with Small Fry through his children and took the Chicago Jaguars to the international championship game in 2000. He and his wife, Mary, bought property on St. Thomas nearly 20 years ago. Kopko may eventually contribute at the AAU level in the VI., but has found coaching younger children more enjoyable. "To me, it's more important that they started playing basketball at a younger age, and that helps at both levels," he said. Mary Kopko said the Jaguars are planning to host a tournament in March and have invited teams from across the U.S. and Puerto Rico.

The Jaguars are sponsored by Neltjcberg Bay Enterprises in conjunction with Caribbean Rose. All travel, uniforms, league and tournament fees are covered by NBE. The organization also thanks, Boschulte Middle School for the use of their gym. For more information about the V.I. Jaguars, contact the Kopkos at 773-590-4150, Wayne Harvey at 513-8740 or email NBE at nbeadmin@neltjebergbayllc.com. 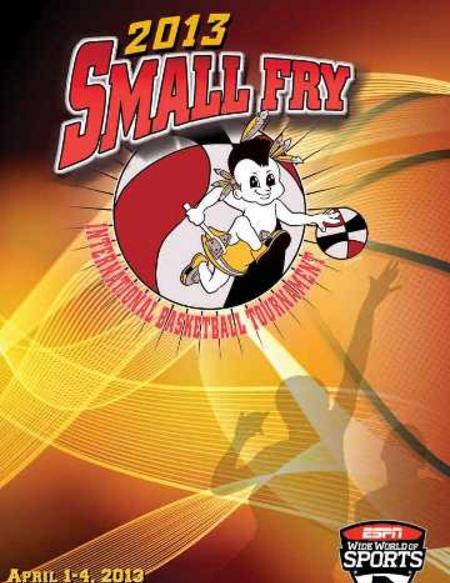 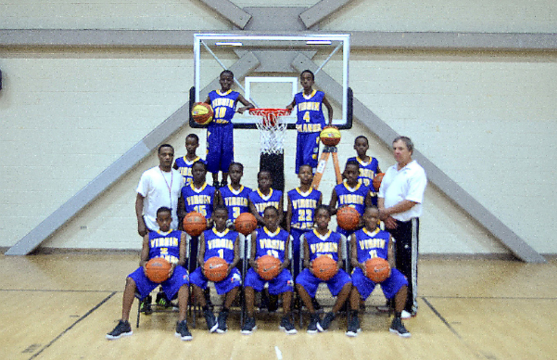 Last year’s champions, the Jah Youths, finished the tournament with a 3-0 record and will be looking to repeat as they face Nuff Respect, Win It All, and the BVI Stars. The winner of the round-robin tournament will represent the Zero Tolerance organization in the Inter-Island Youth Basketball Championship.

The Zero Tolerance Basketball Organization was founded in 1996 by former senator Allison Petrus as a means to offer youths in the community an opportunity to showcase and enhance their basketball and interpersonal skills.

Its motto is, “Say ‘no’ to drugs, violence, negative behavior, bad attitudes and alcohol.” The event is sponsored by the V.I. Tourism department, West Indies Corp., Coca-Cola of the V.I., Pressure Buss Pipe, Bambu Station and Native Son Ferry Services. 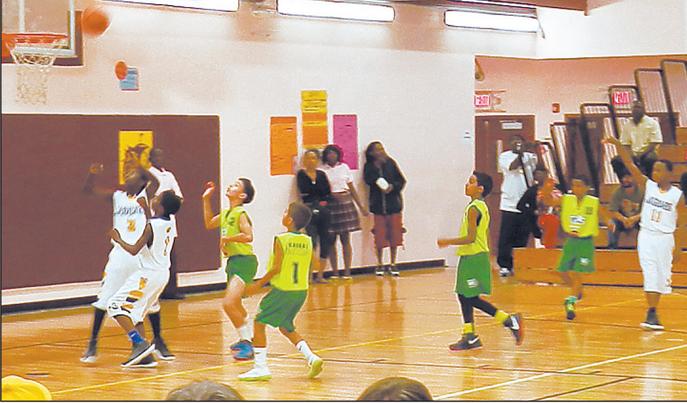