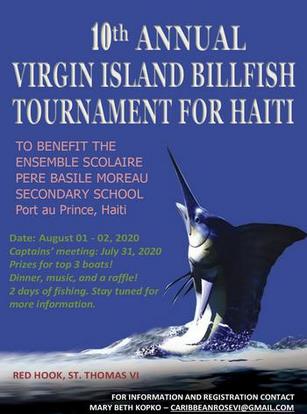 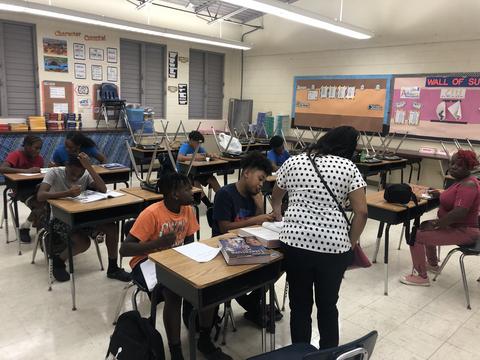 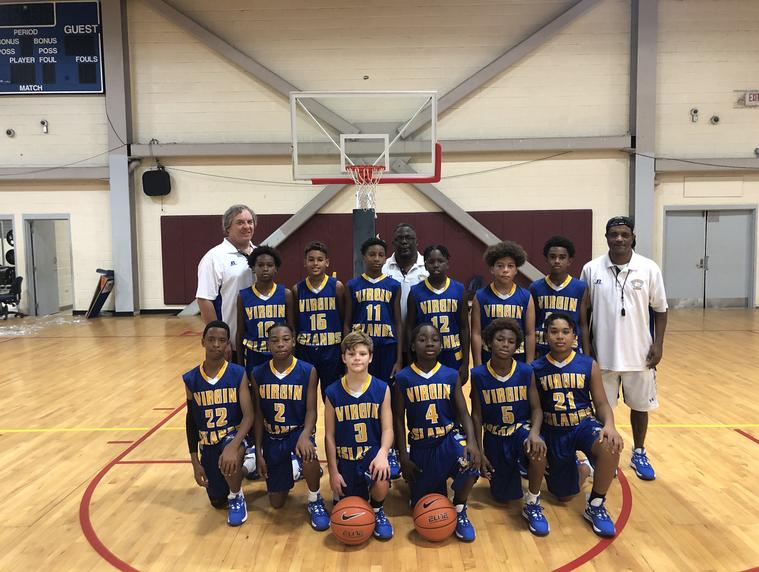 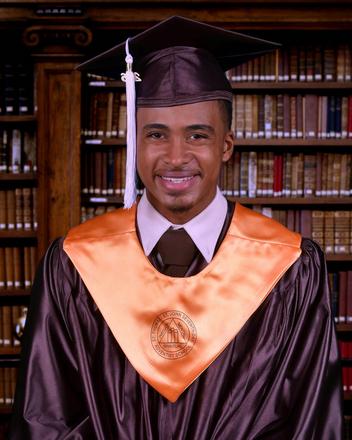 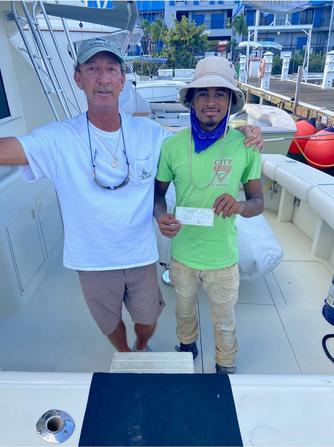 ​Neltjeberg Bay Enterprises (N.B.E.) in conjunction with Caribbean Rose would like to congratulate Hector Baly. Hector Baly was one of our recent Marine Vocational Program (M.V.P.) graduates in the 2019-2020 academic school year. He was also an assistant instructor aboard the Marlin Prince during that time. He graduated from the Seventh-Day Adventist School on Saint Thomas. In appreciation of all his hard work, Caribbean Rose awarded him with a $1000.00 scholarship to the University of the Virgin Islands (U.V.I.). He plans on studying Mechanical Engineering and Business at U.V.I. "Thanks again for all your hard work and enthusiasm !!",  Captain Eddie Morrison.

Neltjeberg Bay Enterprises donated $25,000.00 towards the refurbishing and installment of the new hardwood floors at the Bertha C. Boschulte Middle School.

After countless practices at the Bertha C. Boschulte Middle School gym with his Small Fry basketball team, the V.I. Jaguars, Coach Fred Kopko decided that the best way to promote professionalism and dedication to his young players was to start with the court's appearance itself.

"It all begins with facilities. You can't have poor facilities. We were practicing on rims from Walgreens that were plastic," said Kopko.

With the BCB basketball court - perhaps most notably were the basketball rims. The rims were in dire need of an upgrade. Fred Kopko took matters into his hands. He donated two new basketball rims that cost  $6,800 a piece.

Kopko, a business consultant and lawyer who moved to St. Thomas from Chicago, purchased the rims at the beginning of March 2013.

"I'd been practicing my team there, and I can see that the facilities at BCB are lacking," he said. "So I thought it would be a good idea to contribute some things to the public school."

Kopko, 57, said that he hopes to continue renovations on the court in the future, perhaps starting with improvements to the hardwood floor.

A few kids from BCB played for the Virgin Islands Jaguars, who Kopko has been coaching since 2011.

According to Kopko, finding ways to get his kids more exposure has been a consistent challenge.

"I think athletically we have some very good kids, and we have some kids that are very interested and play a lot. The unfortunate part about being on an island is they don't get a chance to compete like the mainlanders do. In Chicago, there were 50 to 100 teams we could play. The kids down here don't get that opportunity, and that hurts them in their development. But I think that there's definitely Division I basketball talent existing on the island," said Kopko.

Kopko has certainly been around Division I talent in his lifetime. His son, Tom, played for the University of Notre Dame from 2007 to 2011.

For now, Kopko is focused on building the talent base in the territory, and ensuring that these young players have the best possible equipment to aid them in their development. 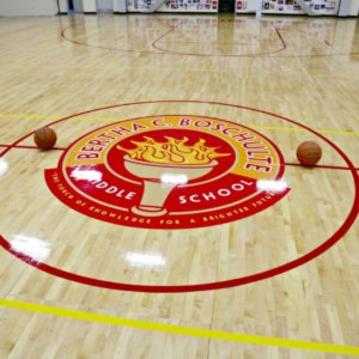 Neltjeberg Bay Enterprises proudly supports the V.I. Jaguars Small Fry Basketball Team.  Founded in 1968, Small Fry Basketball provides an opportunity for shorter boys and girls to excel in the sport of basketball. The program is developmental yet extremely competitive with an opportunity to meet new friends and compete on the international level. The Association consists of teams from all over the United States, Virgin Islands, Puerto Rico, and Columbia. The competition culminates with the International Small Fry Tournament held at the ESPN Wide World of Sports Complex at Walt Disney World® Resort in Orlando Florida. For more information on Small Fry Basketball visit their website at http://www.smallfrybasketball.com/.

The Jaguars, which comprises 12 players, participate in the International Small Fry Basketball Association. Small Fry competition is for players no taller than 5-foot-1 and young people who have not attained the age of 12 prior to September 1 of the calendar year proceeding tournament play. A smaller basketball is used in Small Fry games and the rims are 8 feet, 6 inches tall. If your child is interested in trying out, please contact either Head Coach Fred Kopko at 773-590-4150 or Coach Wayne Harvey at 340-513-8740. You can also send emails to caribbeanrosevi@gmail.com. The VI Jaguars are sponsored by Caribbean Rose, in cooperation with Neltjeberg Bay Enterprises.

Player expenses including travel, league fees, uniforms, and equipment are fully sponsored. Travel includes trips not only to the International Championship in Florida but also to Puerto Rico and St. Croix where traditional Small Fry tournaments are held.

Neltjeberg Bay Enterprises, in conjunction with Caribbean Rose, hosts a yearly Billfish Tournament to support the Pere Basile Moreau School in Port-Au-Prince Haiti. The school is the best and largest secondary school in Haiti. The school educates over 1200 students. On January 12, 2010, a 7.0 magnitude earthquake hit the Caribbean island of Hispaniola. Originally inhabited by Arawak Indians, it was claimed by Christopher Columbus for Spain in 1492. The western part, now known as Haiti, was ceded to France by Spain in 1697. The Dominican Republic, on the eastern part of the island, was formed in 1844. An estimated three million people were affected by the 2010 earthquake. Thousands of people tragically lost their lives during the earthquake. The government of Haiti estimated that 250,000 residences and 30,000 commercial buildings had collapsed or were severely damaged during the earthquake.

The earthquake caused major damage to the city of Port-au-Prince, Jacmel, and other settlements in the region. Notable landmark buildings were significantly damaged or destroyed, including the Presidential Palace, the National Assembly building, the Port-au-Prince Cathedral, and the main jail. The Ensemble Scolaire Pere Basile Moreau Secondary School was completely destroyed. Every year since 2010 Neltjeberg Bay Enterprises has held the Virgin Island Billfish Tournament for Haiti. Proceeds from the tournament have assisted with the rebuilding of the school and its infrastructure. The next tournament is the 10th Annual Virgin Island Billfish Tournament for Haiti. Visit our "VI Fish for Haiti" page for more information.

January 2020 - Neltjeberg Bay Enterprises is proud to announce a new partnership with the VIDOE (Virgin Islands Department of Education). In conjunction with the Virgin Island Jaguars Small Fry Basketball team, Caribbean Rose has started a new program, tutoring athletes to insure continued success not just on the court, but in academics as well. Thanks to talented tutors, including Ginjah Batiste, Dennika Harrigan, and Teejah Daley, the athletes are tutored in Math, English, and Science every weekend before practice at BCB (Bertha C. Boschulte Middle School). 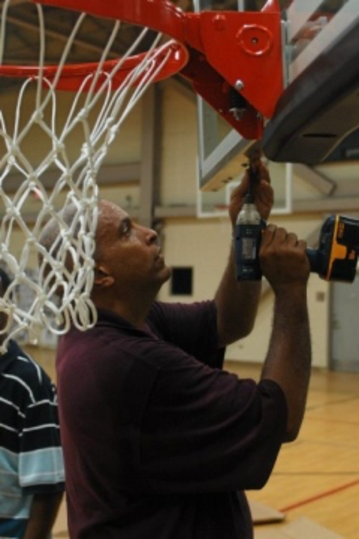