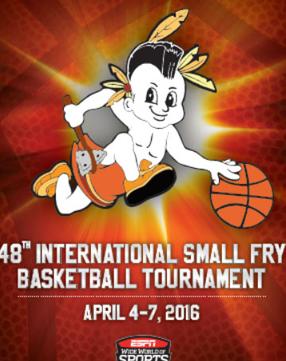 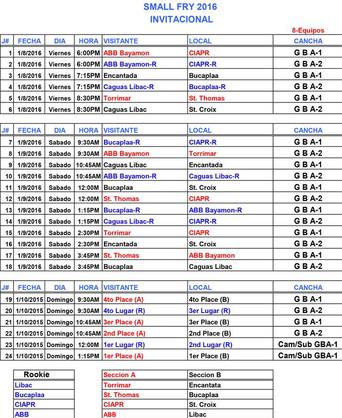 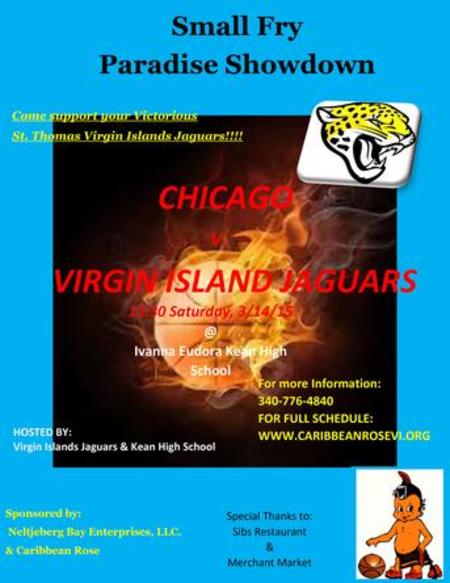 The V.I. Jaguars won the 2016 Small Fry Tournament Sunday on St. Croix. The tournament was held at the St. Croix's Central High School. The Jaguars went 3-0 in the tournament, topping Omega, 32-22, and then beat the Positive Guidance Team, 35-15.

The V.I. Jaguars charged the boards and applied a staunch defense to Puerto Rico's highest ranked team, Toa Baja.  Forced turnovers and hot three-point shootings by Chicago's Best contributed to their victory over the V.I. Jaguars. The Chicago team was led by Nick Owens' who took command of the floor, assists, and scoring.  He was named the tournament's MVP for his outstanding performance.

The V.I. Jaguars had a resilient effort from Jah'Fari Samuel and DeShamoi Greaves in both scoring and rebounding. Other teammates, K'hamani Olivacce and Nekwante Sprauve, broke down opposing defenses with their robust passing and penetration to aid in the Jaguars gaining second place.

The V.I. Jaguars placed third in the 2016 Small Fry Puerto Rico Invitational. In game 1 against Torrimar, the Jaguars won 45-40.  De'Shamoi Greaves was the lead scorer with 16 points, 4 steals, and 2 assists. Jafari Samuel added 12 points and 3 steals.

In the second game, the Jaguars defeated CIAPR 22-11, with 9 players scoring to work the victory on teamwork. The Jaguars lost to ABB Bayamon 50-17. After taking second place in pool play, the Jaguars went on to defeat Bucaplaa 40-35 in overtime.  Jafari Samuel led the team with 13 points and 5 rebounds. De'Shamoi Greaves contributed 7 rebounds and 8 points.

In Game 19 of the tournament, the Jaguars Basketball Team defeated Bayamon B team, 52-33. The Jaguars secured down to allow just eight second half points. They were led by De'Shamoi Greaves with an outstanding 27 points and Khamani Olivacee with 11 points. To spark Bayamon B, Marcos Otero tallied 10 points and Paola Perez 9 points.

4/5/2016:
Unfortunately, Florida defeated the VI Jaguars, 58-46, in Game 3. Florida vaulted to a 34-14 halftime command and coasted behind 16 points from Joshy Blazquez and 10 markers by Sebastian Orama. Jah'Fari Samuel tallied 14 points and De'Shamoi Greaves added 11 points for the VI Jaguars.

The VI Jaguars bounced back from their loss and defeated the Avalon Runners, 60-36, in Game 7. The VI Jaguars limited the Runners to 12 fourth-quarter points and had three double-digit scorers in De'Shamoi Greaves (21), Jah'Fari Samuel (14), and Khamani Olivacee (10). The Runners got 12 points from Jherrone Jones and 11 points from Toryn Parks-Bay.

NBE supports the V.I. Jaguars Basketball Team. Small Fry Basketball is a developmental and extremely competitive basketball program, which provides participants with the opportunity to develop basketball skills, travel and have fun. The Small Fry Basketball Association consists of teams from the United States and the Caribbean. All team and player expenses are paid by NBE. Expenses Include travel, league fees, uniforms, and equipment.