Caribbean Rose agrees with Small Fry Basketball's decision to cancel the 2021 tournament. The health and safety of its players should and will always come first. Caribbean Rose is a not-for-profit organization created to improve the lives of the homeless, disabled, students, and children in the United States Virgin Islands, as well as assist in charitable work throughout the Caribbean. For over ten years Caribbean Rose has supported the V.I. Jaguars Basketball Team. Several alumni are currently playing collegiate basketball or went on to pursue careers in various industries. 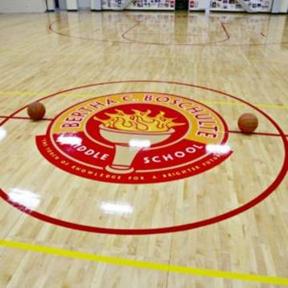 January 2021 - ​​NBE, in conjunction with Caribbean Rose, made the difficult decision to cancel the 2021 basketball season. The world is still being affected by the COVID-19 virus. It wouldn't have been irresponsible for our organization to hold tryouts and practices during this time. Even if the team wanted to travel restrictions imposed by the local government made that impossible. The Small Fry Basketball Association currently has dozens of Small Fry Basketball Teams throughout the United States, Caribbean, & Latin America currently being affected by this pandemic.